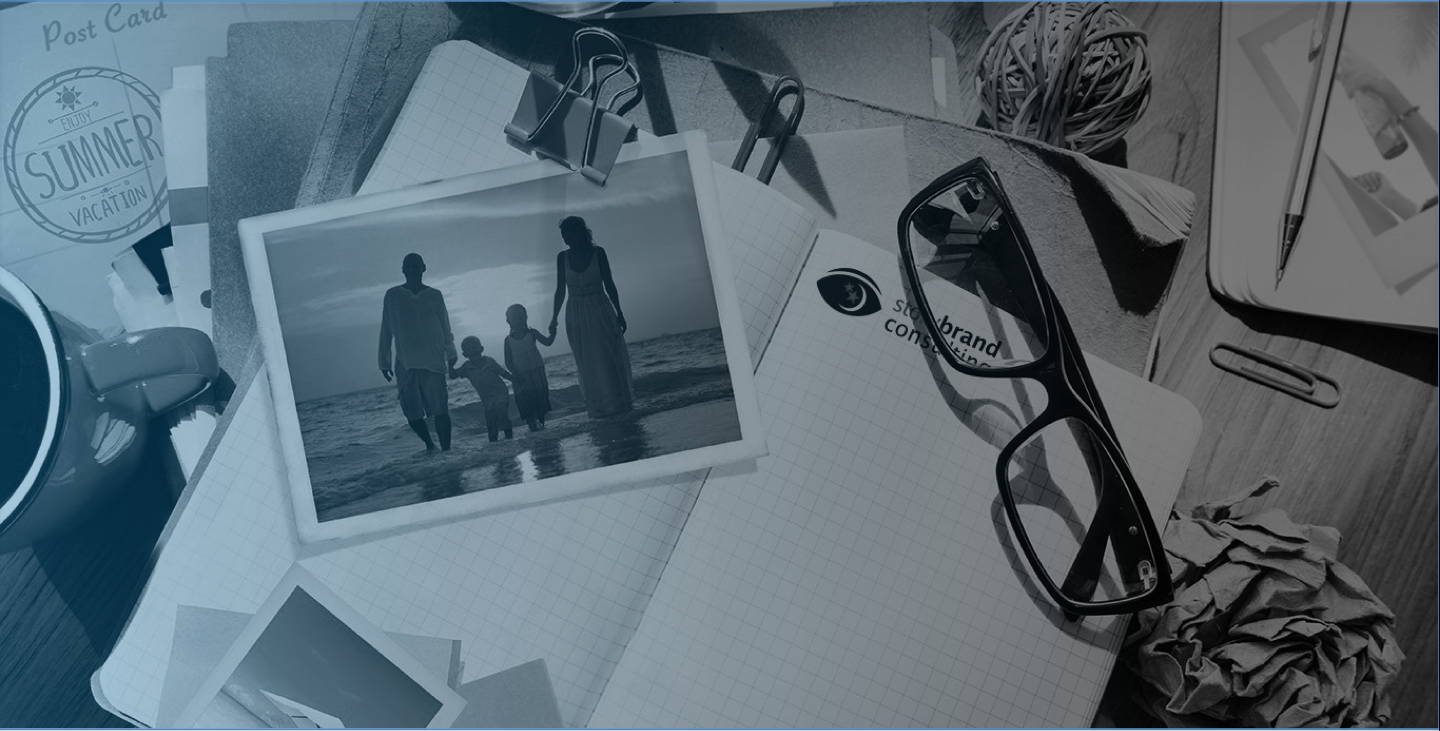 Storybrand Consulting Founder Tom Neveril's views on the use of storytelling in marketing research and brand strategy:

What triggered my use of storytelling in marketing research and brand strategy?

Actually, I started my marketing career moving away from storytelling. In the mid 1990’s, I left a position in story development at an independent movie studio to take a more analytical job at an advertising agency. I wanted the opportunity to explore consumer behavior and construct models of how people think. Put another way, I wanted more precision in my work, rather than the subjectivity of Hollywood. Then I had an interesting experience.

In 1997, I eagerly attended my first AAAA advertising conference, which was held at a Miami Beach hotel. My boss allowed me to go on the trip on the condition that I take notes and critique every presentation. So, on the first day, I sat down among 500+ attendees and tried to absorb a barrage of PowerPoint presentations. There were charts, graphs, brand pyramids, brand wheels, Venn diagrams, etc. It was all very intelligently written and presented.

But I was struggling to keep up with my notes. By the third presentation, my hand was aching and my mind wandered. I started looking around the room and nearly everyone else was either playing with their cell phones or fighting the urge to sleep.

Then a young guy who was dressed like a production assistant, approached the stage and turned off the projector. I wondered if maybe they were having technical difficulties and we would have a break. But then the guy clipped on a microphone and introduced himself.

He was Douglas Rushkoff, the author of a book called Media Virus. He was the next speaker. He came down from the stage, walked into the audience and said, “I’m just going to talk with you.” I put down my pen as he started telling a story about MTV. And that one led to a story about the OJ Simpson trial. And that led to another fasincating story.

And all of these stories provided insights into the viral nature of ideas and the implications for advertisers. I couldn't wait to discuss the ideas with my boss. Then, thinking of my boss, I realized I hadn’t taken any notes.

So I glanced around to see what other people were writing down and what I saw stunned me: not one person was taking notes, or looking at their cell phones, or sleeping. Everyone's eyes were glued to Mr. Rushkoff.

Suddenly he was finished and the entire room erupted with its first standing ovation. The previous 45 minutes had vanished. I looked down at my notebook and it was blank.

After the presentation, I was again surprised. I was actually able to remember the main points of Rushkoff's talk. So I typed it up and explained it to my boss when I returned to the office. And to this day, his speech is the only thing I can still recall from the conference.

This experience awakened me to the fact that storytelling has tremendous power with people, even highly-rational, analytical decision-makers.

What defines a powerful story?

To be useful for marketing strategy, a story must be engaging and powerful. All powerful stories have four essential elements.

The first element is plot. A plot is a sequence of causally-related events. If a customer were to rattle off a chronological series of shopping experiences that were unrelated to each other, this is not storytelling. If each shopping event was pursued because the previous one was a failure, this is a plot.

Secondly, on top of plot, powerful stories have conflict. Conflict is only possible when we have a protagonist with humanlike motivations, who takes action that is in conflict with an antagonist.

Plot and conflict naturally occur in the everyday experience of being a consumer. Conflict occurs as people move toward a specific brand solution (like in the shopping example), and then competitors or other influencers attempt to steer them in a different direction.

Plot and conflict are intimately related. It is crucial to understand the need that the consumer was attempting to satisfy, and the people or personalities that stood in the way. Those events show opposing forces in conflict. If the opposition appears random, the conflict is less engaging.

The third element of powerful stories is surprise. The definition of surprise is the feeling produced when an expectation about life comes into conflict with reality. When listening to someone’s experiences, keep in mind that it’s not necessary that we as an audience are surprised, although we often are. Rather, it must be plausible that the protagonist has experienced a surprise.

The function of surprise in a story is to illuminate the fourth element: lesson, also called theme or moral. A lesson is what the protagonist learns at the conclusion of the conflict. It is possible only when we have the preceding elements of plot, conflict and surprise.

A lesson is generated when a protagonist, faced with opposition, discovers a surprising resolution to his/her need. In our shopper example, perhaps the shopper was visiting store after store, continually unsatisfied until she came across a particular brand. The brand offered her a surprising solution to her need and she learned that she should rely upon that brand in the future.

Remember, a powerful story must have all four elements. The more readily identifiable each element is, the more powerful the story.

We’re helping clients use stories to inspire more than advertising. Like some of the premier innovation and design consultancies, we're gathering personal stories to help drive the development of better products, services and even internal operations.

For example, one hotel client used stories to drive an internal customer service initiative. The consumer stories we gathered helped the client develop of an internal staff training video.

For an insurance company client, we used employees’ stories of customer interactions to guide a redesign of their claims processing system and related user interfaces. These redesigns dramatically cut the time required to process each customer claim, eventually saving the company substantial staffing expense.

Storytelling should not replace purely rational arguments, it should be used to complement them.

In our world of data-driven decision-making, storytelling may appear inexact, esoteric and too subjective to be practical. But storytelling is actually extremely powerful in the business world for two main reasons.

Storytelling short-circuits the biggest problem for many companies: the endless cycle of analysis paralysis, where companies hold meetings for meetings sake and repetitively analyze the challenges they face.

But more importantly, stories are the ultimate tool for persuasion. The description of what could be --the argument your're advancing-- is most compelling when told through a story.

This is true because stories bypass normal defense mechanisms.They invite us to consider a situation, see analogies from our own backgrounds, and then decide for ourselves what to conclude. In this way, stories are rarely perceived as condescending or hierarchical.

Stories also strengthen rationale. When you are immersed in a story, you project yourself into the situation. You vicariously live the predicament of the protagonist(s) and share the same emotions. And when you have this empathic experience, you naturally recall patterns in your own life that are consistent with the story’s meaning. In a way, you take ownership of a story's lessons.

When paired with data, business decision-makers will find storytelling to be an important tool for breaking the analysis-paralysis cycle, and persuading people to take action.

People are increasingly talking about "finding the story" in large data sets. Is this realistic?

Yes, it is realistic to use stories to explain how people and events are driving the collected data.

It's also important to note that key numbers and analytical thinking can be integrated into a story, without diminishing its power. Numbers can add credibility to the characters and events in a story. Of course, it's important not to overload a story with too much data.

In situations where there are numerous complex, abstract analytical considerations, I’ve found that using a summary story first and following it up with an appendix, is the best approach.

When is storytelling not useful for marketers?

In marketing research, there are obviously going to be plenty of occasions when one needs to simply gather perceptions or purely objective data, i.e., “What was the price you paid?”

There are also times when insightful stories simply cannot be recalled by interviewees. Or perhaps the subject area is too private or personal to discuss actual experiences in a research setting.

Lastly, while humans are naturally engaged and persuaded by stories, not everyone is cut out for storytelling. Face to face storytelling is a skill -and more art than science- that must be practiced. Poor storytelling can certainly diminish the power of a story.